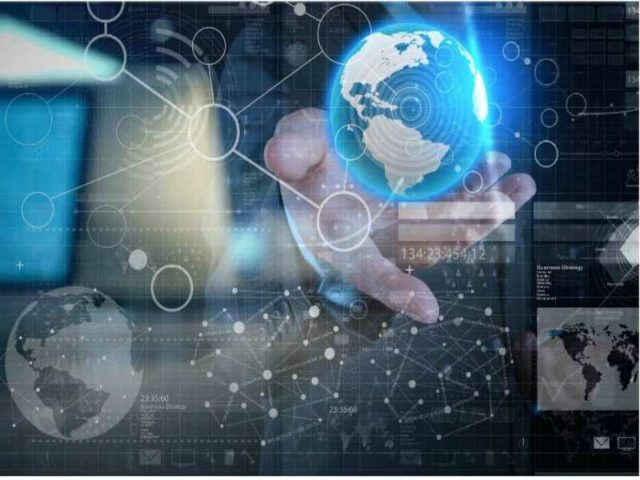 If you bet your business around natural resources, your costs will invariably go up over time. If you bet on technology, they will go down.

A wise product manager once gave me that advice and it’s as applicable today as it was then. The utility and power industry is in the midst of the biggest disruption in decades, if not the biggest since the “War of the Currents.”

Renewables and smart grid technologies have upended assumptions about capital planning and generation. In 2004, the International Energy Association’s annual report didn’t mention solar at all and predicted renewables would only constitute 6% of capacity by 2030. The latest report predicts that solar will lead in new capacity and that wind could become Europe’s leading source of power.

The change has, of course, been driven by advances in technology: every percentage increase in efficiency or performance leads to a doubling or tripling of demand. Solar is 25% of its cost in 2009 and is slated to drop another 66% by 2040. Offshore wind is slated to drop 71% (47% for onshore). Hardware and software, meanwhile, allow power providers to squeeze out as much potential as possible.

Innovation isn’t exclusive to renewables either. The costs per MW of gas power have declined by 30% in the last decade as leading turbine efficiencies have climbed from 58% to 64%, according to Mitsubishi Hitachi Power Systems Americas CEO Paul Browning.

But technology also creates its own challenges. Companies can accidentally waste millions because of a wrong turn, or incorrect assumption. Below I’ve listed some of the challenges that we will face as an industry in the future.

1. There Will Be Far More Connected Devices and More Data Than You Think. IoT is perhaps the first market where forecasts regularly get measured in trillions. Gartner predicts that IoT will deliver $1 trillion in economic value annually by 2022. UC Berkeley’s Alberto Sangiovani-Vincenelli sees a world populated by 7 trillion sensors by 2025. (IDC predicts that by 2019 51% of the nodes on the Internet will belong to machines, not people.)

While these forecasts might sound astronomical, they are also likely low. Likewise, the data generated by these devices will grow exponentially. A “smart” building generates on average 250 GBs a day. A single household smart meter can generate 400MB a year. If you multiply that by the 135 million meters in the US it comes to 54 petabytes, or a little more than half of the data uploaded to YouTube a year. And that is for uploads every 15 minutes: if you read meter data every 30 or seconds to better fine tune power forecasts, you’re moving into the exabyte territory. Critics will say you can throw most of it away, but it’s impossible to determine what data should get thrown away. More will be better.

2. That Will Prompt New Ways of Looking at Analytics. A rising tide of data will also, potentially, mean a rising tide of broadband expenses. Whether you should solve problems at the cloud or edge will become one of the major challenges in the near term. Serving up all of your data to the cloud, in most cases, won’t make any sense. Likewise, going “all cloud” can increase latency or the risk of network outages. At the same time, the cloud will simplify advanced analytics by allowing engineers to spin up thousands of servers quickly. We will have to figure out new process flows and computing architectures.

3. In the Future, We Need to Support the Past. A data center server has an average lifespan of three to seven years. Notebooks get replaced on four year lifecycles. By contrast, the average age of a transformer is around 40 years. The bulk of oil refinery capacity in the U.S. harks back to the 1970s. (And for the water industry, that would be young: half of Philadelphia’s water mains date back to the 1930s.)
To take full advantage of digital transformation, large power consumers and utilities will have to develop strategies that will effectively allow them to add IoT gateways and new sensors without ripping out their old networks.

4. Data Sharing Will Become the Norm. Historically, operational companies do not like to share their data. It can create security risks and, in some fields like oil and gas, operational data can provide the key to unlocking their competitive advantages.
Data sharing, however, has its advantages. Companies that sell or provide equipment can monitor their products for maintenance issues as long as they can get a feed into vibration or performance data. Ongoing monitoring like this can even serve as the basis of switching to “as a service” contracts. Algorithms need as much data as possible to calibrate their predictions.

Digital communities will happen in stages. In the first stage, operational data will flow to other internal peers in IT or data science. Companies will then start to share it with trusted parties providing cloud analytics or other services. Ultimately, you’ll see it on a persistent level with data flowing to insurers and others. It will just take time.

5. But Data Ownership Could Be More Difficult. Let’s say a utility has launched a program to optimize its operations by analyzing commercial and residential meter data. To further complicate the matter, imagine that some of the data comes from solar and storage deployed through power purchase agreements.

Who owns what? The utility might claim it owns it all because it gets generated on its network. Solar providers might complain that they have an ownership stake in their portion and should be compensated for giving access to it. Meanwhile, the analytics vendor will argue that they own it because they turned the raw data into insight.

And don’t expect consumers and businesses to stay out of the debate. They will also claim to have a stake, and rightly so. “Why should we be paying for the data? Why shouldn’t OEMs pay us, the operators, for the data,” said Gavin Hall of Petronas Carigali, the Malaysian oil company at a recent event we held in London. “Perhaps we need to change the business model.” The audience applauded.

Ultimately, we might have to take a page out of real estate property law to resolve these problems. In real estate, ownership is never absolute. When you buy a home, you generally buy it subject to easements and other restrictions. A lease in some jurisdictions is stronger than others. Concurrent and overlapping ownership could become the norm.

6. Finally, Get Ready to Explore New Sources of Revenue. Remember a few years ago when certain analysts were talking about the ‘utility death spiral?’ It’s more like a reincarnation with utilities developing new lines of business. Some of the more notable examples:

• Tennessee’s EPB has become a broadband provider. “They are making a ton of money off of fiber. They are using it to pay for their smart grid improvements,” said Neil Placer at EnerNex.

• Uniper, the German mega utility, has received the go-ahead from management to begin to explore interest in Tiresias, an in-house application for predictive maintenance. If successful, this would enable Uniper to become a software developer. PJM has stated it similarly wants to explore commercializing DIMA, a field maintenance application.

• Financial Services. Blockchain is being discussed as a way to facilitate energy transactions between individuals. But some analysts and utilities are exploring ways in which utilities could serve as a neutral clearing house for transactions.

• Tepco is leveraging its intellectual property developed over the years to deliver efficiency services to customers in the Philippines and other areas outside of its normal service territory.

We don’t know how these diversification efforts will work. What we do know is that utilities possess a great deal of knowledge and insight. And ultimately, that might be more valuable than electrons.