EnergyCite® is a registered trademark under the USPTO held by USCL Corporation since 2004.

EnergyCite  is a Nevada corporation organized by Tom Tamarkin of Carmichael, CA, Pat Boone of Hollywood, CA and Don London of Somerset, CA. The entity was first formed in July 2015 as a clean LLC with no liabilities.

EnergyCite LTD was organized to be the investment vehicle to further the business of USCL Corporation (inactive status,) a Nevada Corporation organized in 1995 by Tom D. Tamarkin.

USCL has developed technologies and holds patents in the field of smart meter communications, in-home display and control of energy use, and the overall integration of home automation, energy management, and new state of the art utility payment programs allowing customers to constantly monitor energy consumption and pay for it at their convenience; as often as they wish.

The patents are granted to Tom Tamarkin, et al, and assigned to USCL Corporation. Tom & Emily Tamarkin are currently holding the patents in “trust” through a Security Agreement filed with the USPTO pending the reinstatement of USCL Corporation by thew Nevada Secretary of State. The Parent U.S. 7,379,791 and its two continuations, 8,306,668 and 8,639,390 are extremely valuable patents and strongly contribute to the future recurring revenue.

The patents were drafted to cover the modern utility smart meters used by electric, gas and water utilities and the system topology. The patents strategically make the utility company the “single end user.” This is an important point because it is the utility company that becomes the patent infringer when the smart meters are installed and their full functionality is exercised.

On August 20, 2005, Tom Tamarkin filed lengthy and detailed testimony with the California State Public Utility Commission which led to the State of California requirement that all new “smart meters” installed by the State’s 3 investor owned utilities contain an “universal interface adapter” which would communicate in real time with electronic display and control devices inside the home. This became an industry standard in virtually all new smart meters installed in the United States. The adapter inside the meter takes form as a bidirectional radio based gateway which allows the meter to transfer data and control messages to and from the utility as well as to and from compatible radio based devices in the home. USCL was directly responsible for the digital radio standard of 802.15.4 also known as ZigBee to be universally used for the local or “Home Area Network.”

As of Q4 2017, over 70 million electrical utility smart meters have been deployed nationwide by utilities. Virtually all new smart meters contain two radio transceiver sets providing 2 way data communications. One is used to send and receive data to and from the utility. This is used primarily for billing purposes. The second radio set transmits and receives data to local consumer electronics devices. The vast majority of these home area network transceivers have not been activated by the utility companies except in very small pilot projects in California, Texas, New York, and Illinois.

EnergyCite and its parent company, USCL, plan to launch a business which will organize a large group of utilities in a consortium who will be licensed to practice the USCL IP and will manage tens of millions of smart meters via the EnergyCite network.

Products and services will be provided which allow homeowners and small businesses to conserve power and ensure that their use of power is consistent with the lowest tariff rate based on new complex tier, time of use, peak demand, and real time pricing tariffs.

Additionally a new real time based automated payment transaction system with electronic funds transfer will be offered which effectively converts each smart meter coupled with a smart phone into a utility based ATM like device.

A high level description of the business opportunity and plan has been provided on-line.

Revenues will be recurring produced through the utility companies:

Expanded explanation on the above points is provided on-line.

Additional hardware product sales will be based on:

USCL Corporation is currently on inactive or revoked status with the Secretary of the State of Nevada. Management allowed the company to enter this status due to lack of outside equity funding.

USCL has a $2.8 million federal tax loss carry forward which may be carried forward to the point of profitability. Assuming a corporate tax rate of 21% this is an asset worth approximately $588,000 off set against future Federal Income Tax due.

The USCL Corporation will be revived with the State of Nevada and the Articles of Incorporation will be modified to alter the capital stock from its original “no par value” thereby reducing future Nevada State annual corporate fees.

Tom Tamarkin has continued USCL’s business and its fundraising activities with the intent of obtaining equity funding for USCL and retiring the USCL debt through settlement negations and payment.

EnergyCite/USCL will introduce its products and services with its “Pay as you go” electricity payment program.

This is a means to pay for electricity on a monthly, weekly, or even daily basis. Several years ago, EnergyCite coined the phrase/name “pay as you go.” (Another company doing an older generation and far less efficient version of this is named PayGo.)

In this instance we use the real time stored meter data to calculate billing in real time, up to the minute, and reconciled with the utility’s back office systems to include credits, offsets, taxes surcharges, and the like.

We convert each smart meter to a local cash register for the utility and ATM like payment device for each utility customer.

Through a series of simple screens on the customer’s smart phone, the customer knows exactly what his bill is up to the second. He presses a “pay my bill” button and his bank or credit account is debited and payment sent to the utility. A transaction payment fee is applied as our revenue generator. The company assumes a $.50 per billing transaction fee.

We also include the host of other screens and control options via IoT, thermostats, and the like.

There is significant history in the U.S. and other countries on pre-pay plans for electricity.

Salt River Project, (SRP) headquartered in Phoenix, Arizona, has 996,600 accounts. Of those approximately 185,000 are on a prepay plan. This uses a digital meter with a home display and a card swipe reader. The customer goes to his local grocery store or other retail outlet and gets his electricity prepay card “charged” with an ATM like machine at a SRP supplied kiosk. He goes home, swipes the card in the meter display and now has X dollars of power. When X is used up his meter disconnects his service; as a practical matter, the customer never lets that happen, but rather gets his card charged up before his home meter decrements to zero power. This was first developed for chronic late-payers and non-payers as a collection measure. It has been adopted by credited impaired customers. However, because of the display and the discipline it instills, many customers find that it helps them conserve power. SRP indicates that over 18% of their customers are now on their system and JD Powers and Associates indicates the customers’ satisfaction level is outstanding.

“Paying it Forward” by Landis+Gyr arguably the largest electric utility meter manufacturer worldwide and describes the state of the art prepayment approach.

EnergyCite takes that concept to the next level…the 21st Century level. We eliminate the headache of having to go get the card charged and we turn the smart phone into the payment terminal. The millennial generation will champion this and it will migrate to other demographics shortly. Once it becomes popular it will become mainstream and people won’t go back. Analogy: Would you go to a filling station and buy gasoline using black box pumps that did not tell you the price per gallon, how many gallons you have pumped and how much you have spent…penny by penny?

We believe we can achieve a greater than 20% penetration nationwide within 3 years. That would equate to roughly 16 million accounts.

A 20% market place penetration will be seen by some as low but one must consider the fact that utility companies are like big lumbering giants who move at the speed of a glacier. However the EnergyCite consortium will speed this up quickly.

IP fees result from the fact that the utility companies own the power meters. Virtually all new smart meters contain technology covered by the Tamarkin, et al U.S. patents which make the utility company the end user and therefore must be licensed when the data communications and hardware system is activated.

A combined IP license, system management and maintenance fee of 90 cents per month is passed on through the utility to each of its customers using the system.

After closing costs, commissions and related expenses, the company estimates it will net $3.75 million.

A first year use of proceeds follows:

Page 6 USCL’s debt is reflected in its FY 2010 financial statements. The debt load is private consisting of funds advanced to the company in the 2006-2007 time frames through a syndicated bridge Loan (SBL) from company shareholders. It is noted that demand has not been made for the SBL loans and the 4 year statute of limitations has long expired. The company believes it will be successful in negotiating discounted settlements based on stock shares.
Page 7 USCL due diligence resource: USCL has assembled a comprehensive due diligence resource site covering the firm’s operating history from 2001 to present. A preliminary first year organizational chart follows: 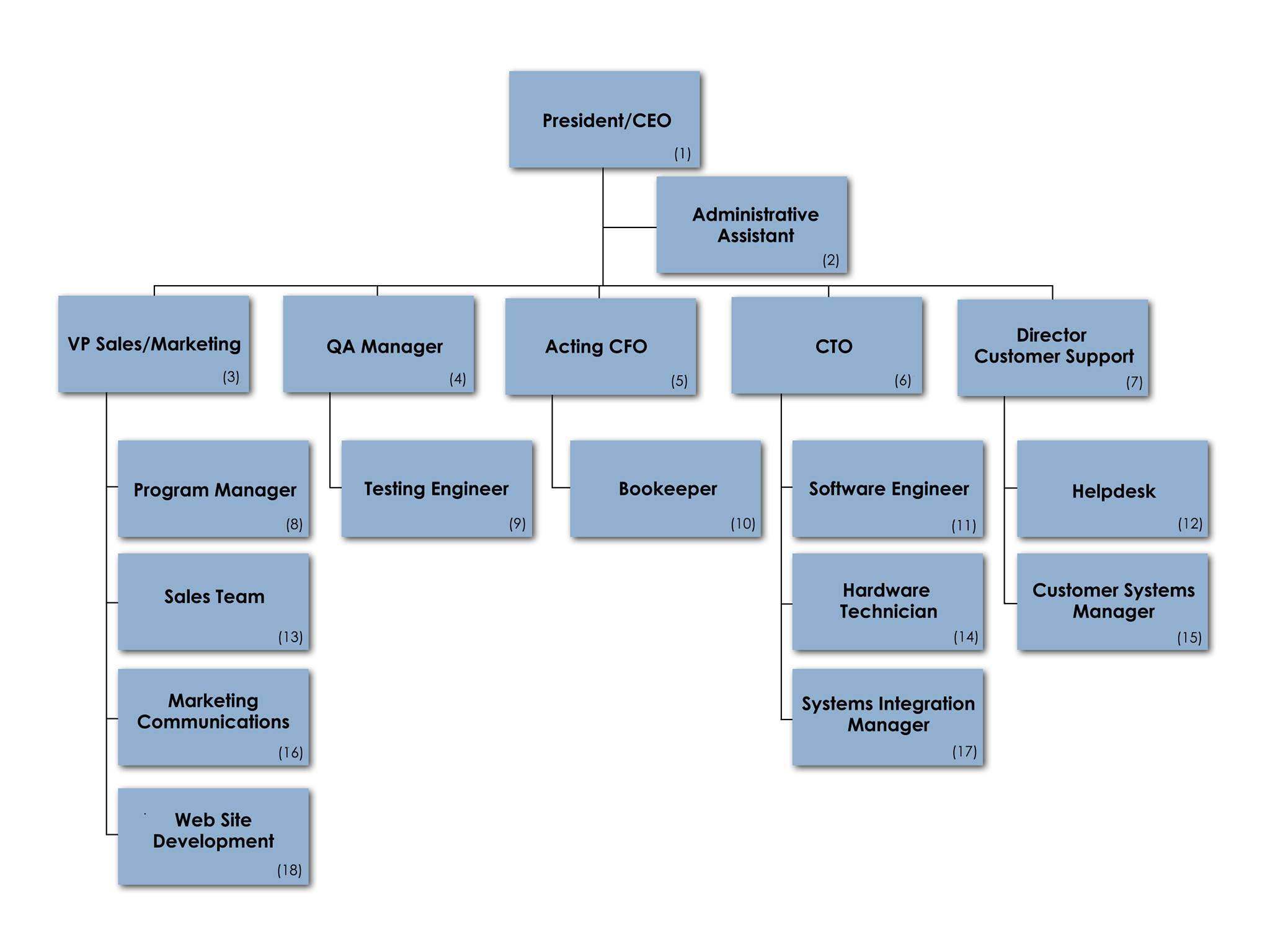 EnergyCite LTD proposes a $4,000,000 equity investment payable in an agreed combination of cash and work in kind product development services and demonstration beta site equipment. The final investment entity from which investors will receive common shares is USCL corp. The investment is divided into three tranches and styled Phase I, Phase II, and Phase III accordingly.

Funds for Phase I and Phase II will be transferred to EnergyCite LTD in exchange for a LLC member position pursuant to a comprehensive MOU followed by a detailed contractual agreement.